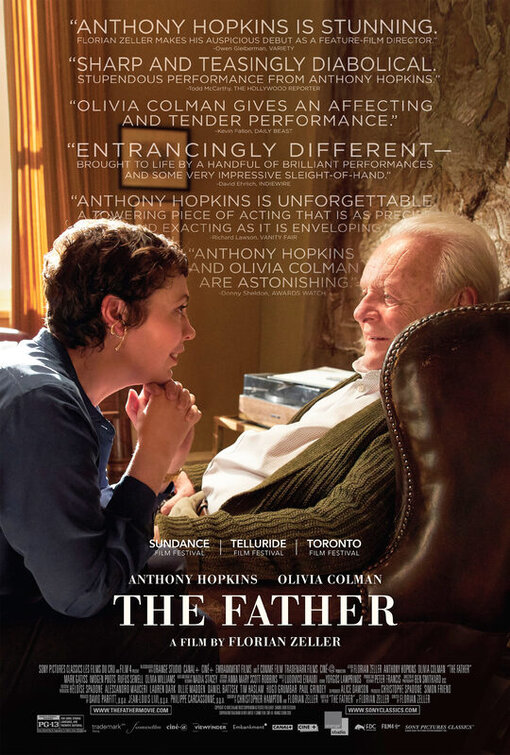 Florian Zeller’s Oscar-nominated study of dementia has been released in theatres.  Anthony Hopkins is brilliant in forgetting and holding on.  Anthony is 80, mischievous, living defiantly alone and rejecting the carers that his daughter, Anne, encouragingly introduces. As we experience the ebb and flow of his memory, how much of his own identity and past can Anthony cling to? How does Anne cope as she grieves the loss of her father, while he still lives and breathes before her? THE FATHER warmly embraces real life, through loving reflection upon the vibrant human condition; heart-breaking and uncompromisingly poignant – a movie that nestles in the truth of our own lives.

Directed by Florian Zeller’s, based on a his own play of the same name. Originally titled Le Père and written in French, his first language, it premiered in 2012 in Paris. It was praised by critics, showered with awards, and eventually staged in 45 countries, including on Broadway and in London’s West End.